Earlier this year I wrote about a beautiful new movie – “Five Dances” – that I had discovered due to Kickstarter. I made a pledge to the project as the creators were in need of money for final editing. It’s been cool and inspiring following the updates to the project as it’s unfolded.

The money came through and now there’s a new trailer for the movie and a new website.

“The classic tale of finding success and romance in the big city is given a contemporary, and unconventional, spin in Alan Brown’s new film, FIVE DANCES. Collaborating with internationally renowned choreographer Jonah Bokaer, writer-director Brown has taken five gifted New York dancers, and fashioned a story about Chip (Ryan Steele in his first film role), an extraordinarily talented 18 year-old recently arrived from Kansas who joins a small downtown modern dance company. In his first weeks of rehearsal, Chip is initiated into the rites of passage of a New York dancer’s life, where discipline and endless hard work, camaraderie and competitiveness, the fear of not being good enough, and the joy of getting it just right, inform every minute of every day.

“Shooting in and around a Soho dance studio, Brown and his longtime cinematographer Derek McKane capture the exhilaration and emotional turmoil of a small dance company, and all of Chip’s poignant firsts—the forging of friendships, being chosen for the important solo, his first ever love affair—with the intimacy and immediacy of a documentary. The result, FIVE DANCES, is Brown’s most dynamic film.”

Can’t wait to see it. Look for it soon. 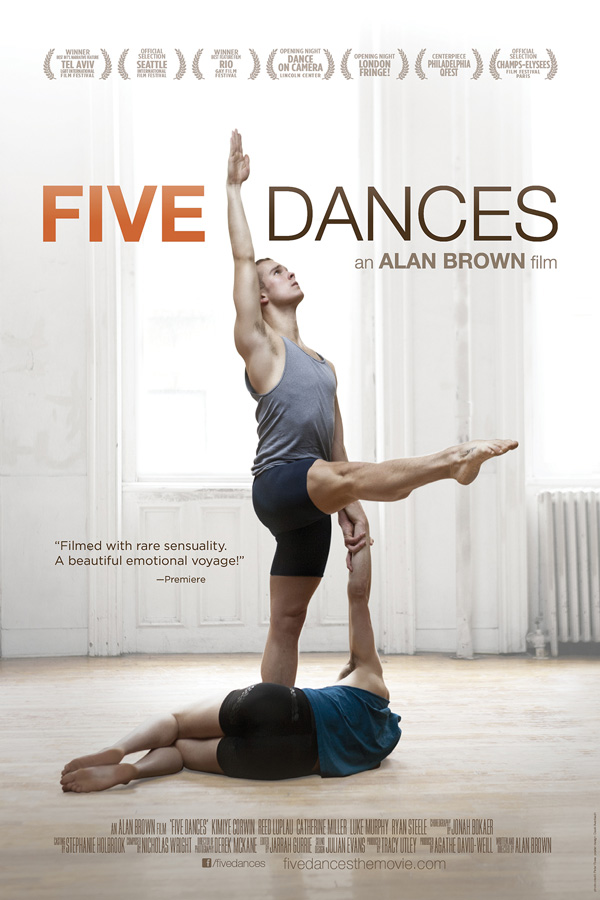