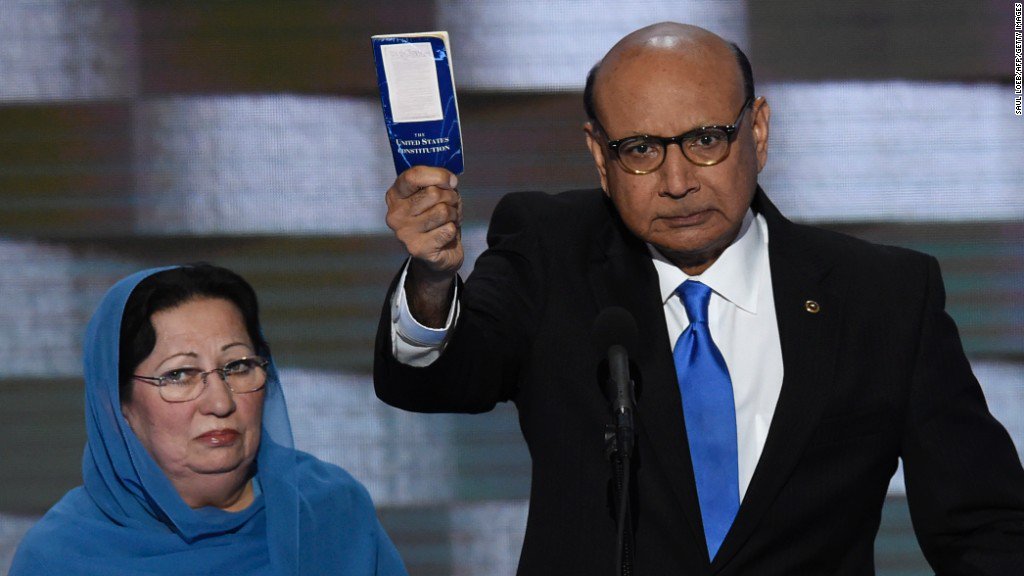 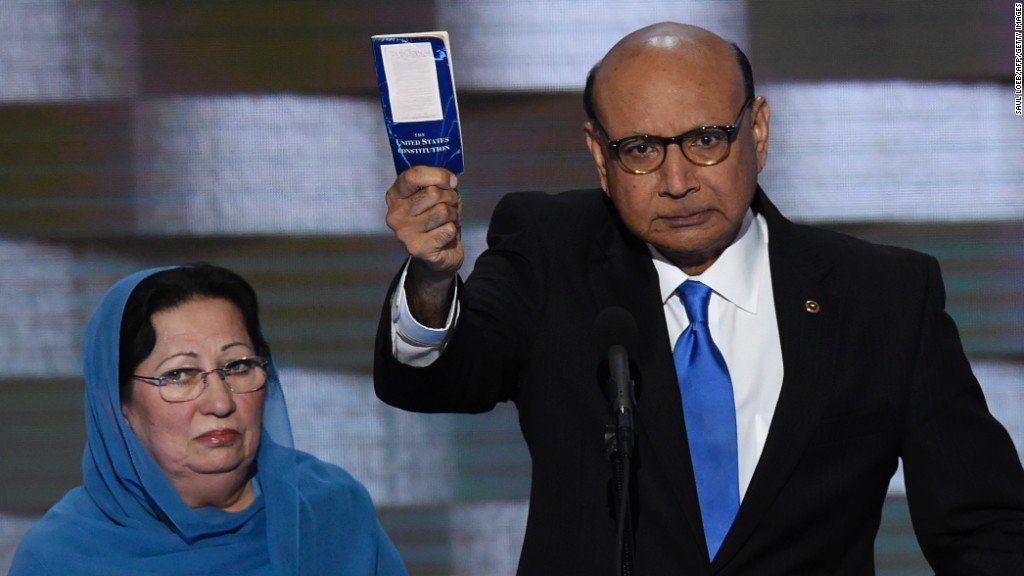 On the final night of the Democratic National Convention, Khizr and Ghazala Khan appeared in honor of their son, Captain Humayun Khan, a Muslim-American soldier in the U.S. Army who died in the line of duty in 2004 saving the lives of his men.

The 27-year-old was posthumously awarded the Bronze Star and Purple Heart.

In responding to the Khans, GOP White House hopeful Donald Trump said, “If you look at his wife, she was standing there. She had nothing to say. She probably, maybe she wasn’t allowed to have anything to say. You tell me. But a plenty of people have written that. She was extremely quiet, and it looked like she had nothing to say.”

It turns out Ghazala Khan has plenty to say.

The mother of Captain Khan penned an essay for the Washington Post in an effort to share her thoughts.

Donald Trump has asked why I did not speak at the Democratic convention. He said he would like to hear from me. Here is my answer to Donald Trump: Because without saying a thing, all the world, all America, felt my pain. I am a Gold Star mother. Whoever saw me felt me in their heart.

Donald Trump said I had nothing to say. I do. My son Humayun Khan, an Army captain, died 12 years ago in Iraq. He loved America, where we moved when he was 2 years old. He had volunteered to help his country, signing up for the ROTC at the University of Virginia. This was before the attack of Sept. 11, 2001. He didn’t have to do this, but he wanted to.

Humayun is my middle son, and the others are doing so well, but every day I feel the pain of his loss. It has been 12 years, but you know hearts of pain can never heal as long as we live. Just talking about it is hard for me all the time. Every day, whenever I pray, I have to pray for him, and I cry. The place that emptied will always be empty.

I cannot walk into a room with pictures of Humayun. For all these years, I haven’t been able to clean the closet where his things are — I had to ask my daughter-in-law to do it. Walking onto the convention stage, with a huge picture of my son behind me, I could hardly control myself. What mother could? Donald Trump has children whom he loves. Does he really need to wonder why I did not speak?

Donald Trump said that maybe I wasn’t allowed to say anything. That is not true. My husband asked me if I wanted to speak, but I told him I could not. My religion teaches me that all human beings are equal in God’s eyes. Husband and wife are part of each other; you should love and respect each other so you can take care of the family.

When Donald Trump is talking about Islam, he is ignorant. If he studied the real Islam and Koran, all the ideas he gets from terrorists would change, because terrorism is a different religion.

Donald Trump said he has made a lot of sacrifices. He doesn’t know what the word sacrifice means.