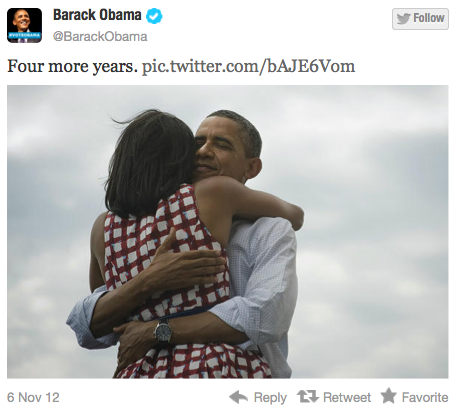 As it became evident that President Obama was being re-elected, he sent out this tweet.  It has become the most popular tweet of all time.  At this writing it has been retweeted over 700,000 times.

This puts him ahead of the previous “most popular” tweet, sent by Justin Bieber.

So in one night President Obama beat Mitt Romney AND Justin Bieber.