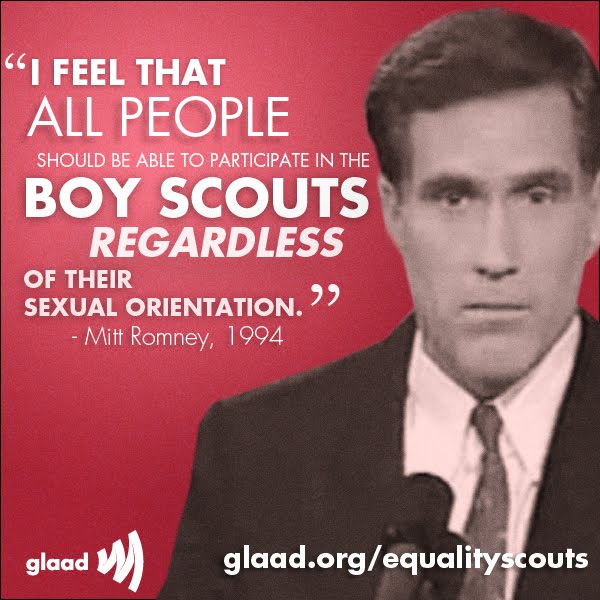 The Boy Scouts of America’s habit of discriminating against gay members and troop leaders is again in the spotlight thanks to the allegedly patriotic group’s decision to ban lesbian Jen Tyrrell from heading her son’s group.

Hoping to keep the issue center stage, and put the squeeze on strategically anti-gay Republican Mitt Romney, GLAAD is pointing to video of the presidential candidate backing gay Scouts inclusion in 1994, when he was running for senator against Ted Kennedy.