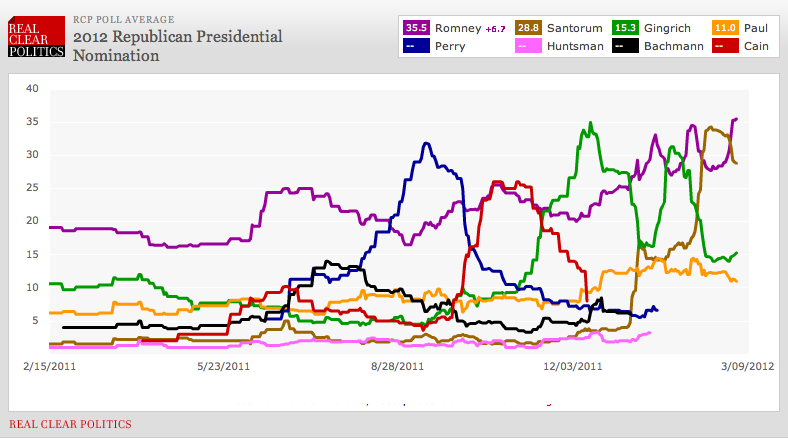 Mitt Romney leads by 6.7% in the Real Clear Politics average of recent polls regarding the GOP Presidential nomination.

We’ll see where that lies after this coming Super Tuesday.

By the way – everyone is talking about Ohio being the big prize both Santorum AND Romney really need to win.

However, not much attention has been paid to the fact that Santorum has already lost nine delegates by not being on ballots in three Ohio congressional districts. Each district merits three delegates.

Santorum failed to file a full complement of delegates in six additional districts, said central committee member Bob Bennett. That adds up to another nine delegates, for a total of 18 out of the 63 up for grabs.

Santorum also did not file all 18 of his at-large delegates.

“He may very well leave delegates on the sidelines,” Bennett said. “Say he would win 70 percent of the state. He doesn’t have that many delegates.”