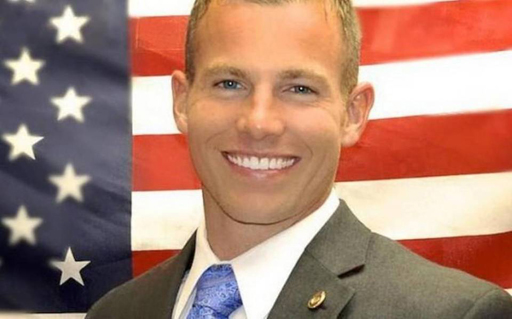 The editorial board of the Kansas City Star calls out state lawmaker Rick Brattin for declaring during a legislative debate that “there is a distinction between homosexuality and just being a human being.”

Look at him. Pretty tells you who he is, doesn’t it?

This is where we thank Hillary Clinton for reintroducing the word “deplorable” into our vocabulary.

“When you look at the tenets of religion, of the Bible, of the Qur’an, of other religions,” he said Monday, “there is a distinction between homosexuality and just being a human being.”

The statement, made on the Missouri House floor, was deplorable. It betrayed a stunning lack of understanding of theology and self-government: The Constitution protects all Americans from the tyranny of any single faith-based approach to secular law.

We asked Rep. Brattin to explain his statement, but he did not return a phone call to his office.

Monday, state lawmakers tried to pass an amendment prohibiting discrimination in the state on the basis of sexual orientation or gender status. In Missouri, you can still be fired because the boss thinks you might be gay.

Brattin made his statement during the debate on that amendment. But it quickly became clear that there were not enough votes to pass the plan, leaving gays and lesbians still unprotected by Missouri’s discrimination law.

That sends exactly the wrong message about tolerance in the state.

It gets worse. After all the amendments were dropped, including the protections for gays and lesbians, the House passed Senate Bill 43, a measure that would actually make it more difficult to sue for discrimination.

The bill is another unnecessary blemish on the state. The legislation’s original sponsor owns a company facing a discrimination lawsuit, making the decision even more questionable.

The governor has made clear his desire to bring new businesses and jobs to Missouri. Supporters say SB 43 is part of an effort to make the state more business-friendly.

But what business wants to operate in a state that tolerates discrimination? Or a state where a representative thinks gays and lesbians are less than human?

The states that grow in the 21st century will be those that show tolerance, acceptance and intelligence. Missouri’s lawmakers are sending a clear signal this state is not any of those things.

The governor should veto the bill. And Brattin should apologize.