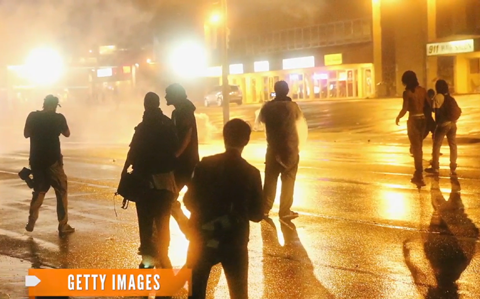 Emails made available from the Ferguson Police Department to the Department of Justice for the purpose of investigation show a long, ugly history of racial bias within the department.

A sample of emails included:

• A November 2008 email stated that President Barack Obama would not be President for very long because “what black man holds a steady job for four years.”

• A March 2010 email mocked African Americans through speech and familial stereotypes, using a story involving child support. One line from the email read: “I be so glad that dis be my last child support payment! Month after month, year after year, all dose payments!”

• An April 2011 email depicted President Barack Obama as a chimpanzee.

• A May 2011 email stated: “An African-American woman in New Orleans was admitted into the hospital for a pregnancy termination. Two weeks later she received a check for $5,000. She phoned the hospital to ask who it was from. The hospital said, ‘Crimestoppers.'”

• A June 2011 email described a man seeking to obtain “welfare” for his dogs because they are “mixed in color, unemployed, lazy, can’t speak English and have no frigging clue who their Daddies are.”

• An October 2011 email included a photo of a bare-chested group of dancing women, apparently in Africa, with the caption, “Michelle Obama’s High School Reunion.”

• A December 2011 email included jokes that are based on offensive stereotypes about Muslims.

Officials sent the emails from their city accounts “almost without exception” and apparently during work hours.

Investigators found no evidence that anyone was disciplined or that anyone asked the sender to stop sending such emails, which were forwarded to others.