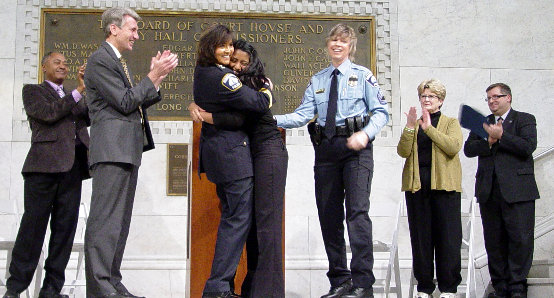 Janeé Harteau was sworn in as the city’s 52nd police chief on Thursday before a crowd of 300 people in the rotunda of Minneapolis City Hall, as Sgt. Holly Keegel, whom she introduced as her “life partner,” and their 13-year-old daughter, Lauren, stood by her side.

“I will always stand up and do what is right, even if I stand alone,” she said in a speech, following the swearing-in ceremony. “There are incredibly high expections for me and there should be.”