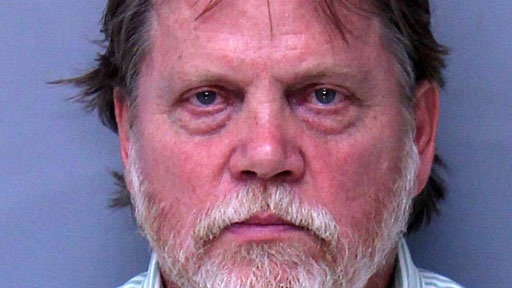 Frederic Sterry Smith, 62, of St. Augustine, Florida, was arrested and charged with simple battery after ripping up his restaurant bill and shoving it down the female manager’s blouse.

According to the Naples Daily News, Smith and his female companion had finished eating at the restaurant when he wrote on the receipt “if he wasn’t gay,” with a zero-dollar tip.

Upon seeing the homophobic message the male server took it to the manager on duty, who went outside to confront Smith.

When asked if he had written the message on his check, Smith said yes. He then grabbed the bill, and ripped it up. He grabbed the manager’s shirt collar, pulled it open and shoved “the torn check down her shirt, touching her breast with his hand,” according to the police report.

Police quickly tracked the man down, and when questioned about the incident Smith reportedly became “verbally abusive and angry,” denying the stunt.

“I can say whatever I want, to whoever I want!” he told the officers.

His female companion told the police, “We didn’t touch her.”
Apparently, the couple’s denials were not convincing.
Smith was booked into the St. Johns County Sheriff’s Office jail on a charge of simple battery, and released on $500 bail.

Fox News reports that Smith “works as a minister and president at Servant’s Heart Disaster Relief, a St. Augustine-based nonprofit and evangelical ministry ‘devoted to helping hurricane victims in North America and the Caribbean.'”