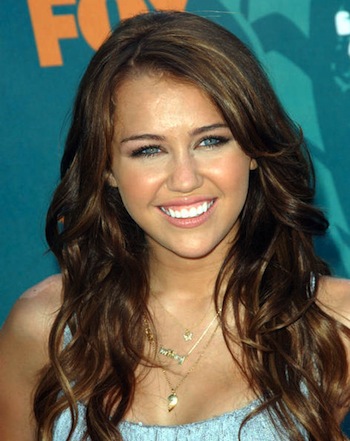 In Glamour magazine, Cyrus opens up about why it is so important for her to be a supporter of equal rights, and acknowledged the backlash her tattoo had caused.

“Imagine finding someone you love more than anything in the world, who you would risk your life for but couldn’t marry,” she said. “And you couldn’t have that special day the way your friends do—you know, wear the ring on your finger and have it mean the same thing as everybody else. Just put yourself in that person’s shoes. It makes me feel sick to my stomach.”

The actress explains that she feels that taking away rights in the gay community makes for a difficult living situation as a couple since they wouldn’t be granted the same security. She says it’s not too different from stripping rights in the black community.

“I believe every American should be allowed the same rights and civil liberties,” she added. “Without legalized same-sex marriage, most of the time you cannot share the same health benefits, you are not considered next of kin and you are not granted the same securities as a heterosexual couple. How is this different than having someone sit in the back of the bus because of their skin color? …We all should be tolerant of one another and embrace our differences.”