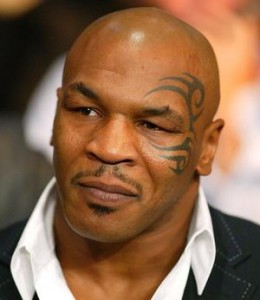 Reviews for the former heavy weight champ’s play and performance were mixed.

Many wanted to see this as a “rise from the ashes” redemptive episode while others wanted to see him reveal more of the darkness that has plagued Tyson for so long.

Part of the difficulty in making a show like this work is not only having a star with limited acting experience, but also telling a tale in a two hour window, some of which is taken up by Sabrina Carten and a five-piece band. Though the basic idea of having them onstage is a good one: to give Tyson breathers and add some emotional punctuation with songs such as “Bridge Over Troubled Water.”

Clearly the show is a work in progress and I wish the former champion well. He’s taking his chances and anyone willing to stand and face an audience on their own gets some respect for me. I hope the project continues to develop and he has the opportunity to take the show to other cities. While this may be the beginning, you never know how a project may ultimately find it’s clear voice.

From the Las Vegas Sun: “I would have liked to have seen a script in which Tyson knocks out his personal demons with the same voracity as he once punched opponents in the ring, instead of playing the role of a pathetic figure who bad-mouths women and blames the refs and just about everyone else for what he’s lost. I want to see Mike Tyson be able to stand on the ropes with his hands once again held high. Perhaps he isn’t able to do that yet.”

From the Las Vegas Review Journal: “And then there’s the elephant in the room. Tyson’s voice. A cheap laugh for any comedy impression, it sometimes gets in the way of a strong moment here, when the champ bites into poetic phrases such as “my dark dreams and shadows,” or calling his beloved trainer Cus D’Amato “a master of psychological warfare, a grand manipulator. He’s more comfortable saying “I wouldn’t wash my ass for days” when talking about his amateur years: “I would hunger for glory like a mad dog.”