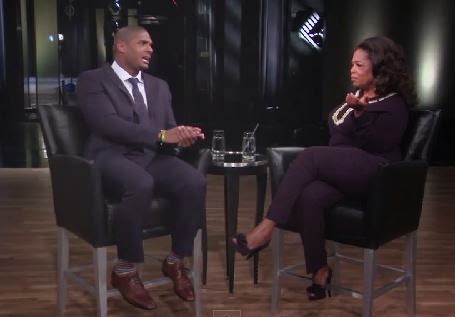 For the first time since being cut by the St. Louis Rams, Michael Sam sat down for an interview last night.

This time was with the “queen of the interview,” Oprah Winfrey.

During the chat, Oprah asked about the infamous “cake kiss” that aired on ESPN after Sam was drafted to the St. Louis Rams late in the seventh round of the NFL draft, and whether or not the kiss was staged for the cameras that were present.

Oprah asks, “Was the Cake Kiss too much for the country?”

Oprah later asks Sam why he isn’t currently on an NFL team – not good enough or because he’s gay?

More clips from the interview and documentary at the Oprah Winfrey Network.