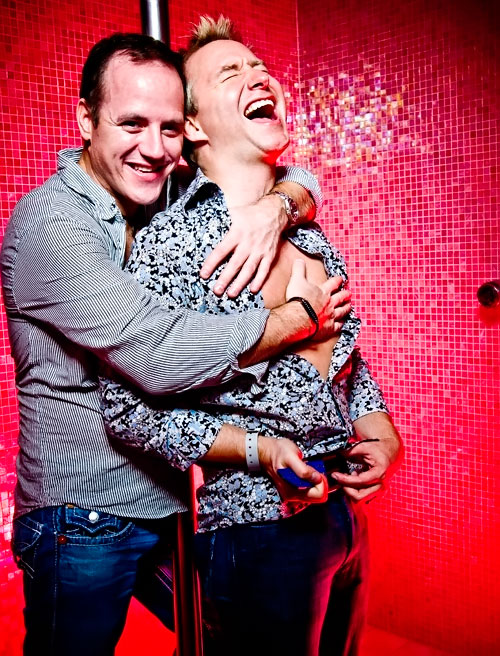 Thank you dear Jerry Herman and Carol Channing for creating the circumstances that brought us together that day.

Seventeen years, two marriage certificates (one in Toronto, Canada, one in Palm Springs, CA), one cancer journey and six dogs later – here we are.

We actually are very different people. Michael is very social and loves being out in the world; he loves seeing the world and meeting lots of people, and people love him back. I love our friends, but in small doses where I can focus on them and their lives one at a time. I love being home with the dogs in our own little world.

And somehow, this all works really, really well.

By the way, I looked it up and apparently the 17th anniversary (in modern terms) is the “furniture anniversary.” Everyone, please know we don’t expect any furniture gifts coming to the house. (However, I do see the 20th anniversary is the “platinum gift” anniversary. I’m sure Michael would like you all to know you are welcome to begin saving up to send platinum gifts or jewelry when the time comes in three years. You have advance notice.)