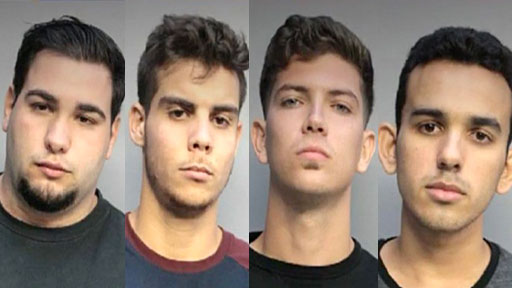 Back in April, I reported on a violent anti-LGBT attack on a gay couple that occurred in Miami Beach shortly after the city’s Pride Parade.

The couple, Dmitry Logunov and Rene Chalarca, were violently beaten by four men.

In addition, Helmut Muller Estrada, a good samaritan who jumped in trying to stop the attack, was also severely injured requiring a hospital visit.

The couple said they were targeted because of their sexual orientation.

Which brings me to today’s news as The Miami Herald is reporting the four attackers have been charged with aggravated battery committed with prejudice. That means the police now officially view the attack as a hate crime.

The attackers turned themselves in shortly after social media folks spread video and surveillance photos far and wide.