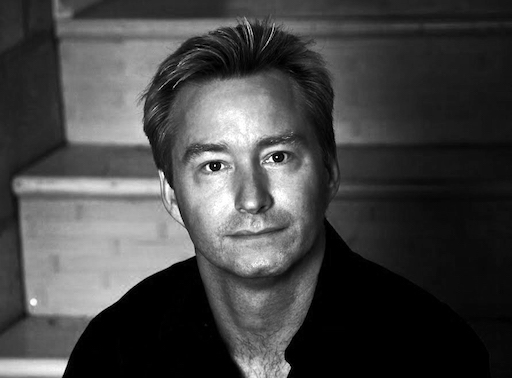 In the aftermath of the Harvey Weinstein sexual harassment/assault stories, social media created the #MeToo campaign to encourage those folks who have been assaulted or harassed in the workplace to come forward; to show how widespread the issue truly is.

I joined that campaign posting “Me too” on my Facebook wall a couple of days ago. I had been the target of sexual harassment years ago when I was working in NYC in my first Broadway show.

A journalist from NBC Out sent out a request looking for LGBTs willing to share their stories. I paused thinking long and hard about this.

I’ve never shared this with anyone other than two people at the time: my husband, Michael, and one other cast member of the show.

I’m hoping, by my sharing, others – especially men – will know they aren’t the only ones. And that there are degrees of harassment that vary that can make you question whether something was or was not “harassment.”

After living with the story for so many years, it’s surprisingly uncomfortable seeing it in print. I can only imagine what the women who dealt with Harvey Weinstein felt.

From John Paul Brammer at NBC Out:

Randy Slovacek, a former Broadway performer and a working choreographer, said his experience with sexual harassment negatively impacted his career.

“My first Broadway show was the last revival of ‘Hello Dolly’ with Carol Channing. I was 31, and a little naive about my stage manager making passes at me,” Slovacek said. “At first, I thought it was just silly, the way gay guys can be. Then it got more overt and heavy-handed.”

Slovacek said he met his husband, Michael, while recording the Broadway cast album for ‘Hello Dolly.’ He said his stage manager noticed him looking at Michael and pulled Slovacek onto his lap.

“It was almost territorial,” Slovacek said. “It was forceful and in front of a lot of people. I was like, ‘What are you doing?’ And he did it three times.”

But the worst, Slovacek said, happened after he was late to a curtain call in Boston. He had been a model employee, he said, and he ran to the office to apologize to the stage manager who, to Slovacek’s surprise, immediately waived it off. But then, Slovacek said, the stage manager turned the discussion to the jacuzzi in Slovacek’s Boston apartment.

“He knew the place, and he said, ‘That’s the place with the jacuzzi. When am I going to come over?'” Slovacek said. “I kind of laughed it off, but he kept pushing. I finally found a way to gracefully exit, but then I got a letter saying I had been written up for being late, and it was a serious violation.”

Slovacek said the stage manager, who is now deceased, declared Slovacek late again to another performance in D.C. by a minute, even though Slovacek said he was on time, and sent him home. “Who gets sent home for one minute?” Slovacek said. “I thought, ‘This guy is really after me.'”

Munoz, Slovacek and Brown all said they struggled to report and come to terms with their experiences. Munoz and Slovacek said they frequently second-guessed if what had happened to them would be considered harassment at all, but the Weinstein story made them reflect.

“This week, having people speaking out, it might seem like a small thing, but it makes other people more willing to speak out,” Munoz said. “It’s powerful, those moments of people being willing to examine their experience and decide they have something to say.”

Slovacek echoed that sentiment and said what needs to happen, in both the gay community and beyond, is people need to be willing to challenge their peers.

“If your buddy comes back after cracking a joke or doing something inappropriate, especially if they’re in a place of authority, you need to say that’s not cool,” Slovacek said. “Or if someone tells you a story about something they’ve done, you need to tell them to not do that.”

“Somebody has to say something,” Slovacek said.

I encourage you to read the full article at NBC Out.