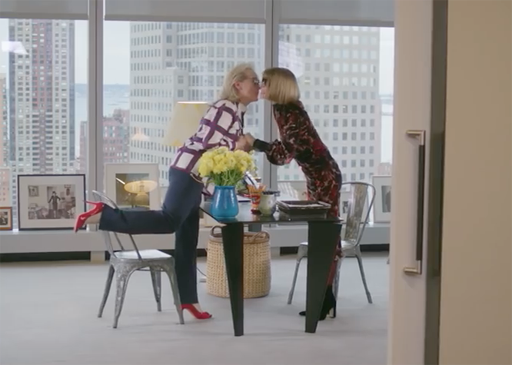 But it wasn’t Prada Streep was there to discuss. The main topic at hand was her role in Steven Spielberg’s new film, The Post, in which Streep portrays Wintour’s longtime friend, Kay Graham, the former publisher of The Washington Post.

Along the way, the duo discuss other current issues including the Mueller investigation, sexual harassment and dining room table chat.

Watch the two legends below.