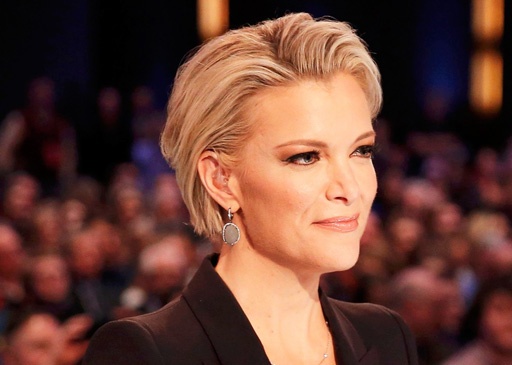 Today Show host Megan Kelly got into hot water yesterday when she questioned why blackface wasn’t ok for Halloween?

During a round-table conversation about Halloween costumes, Kelly said that blackface was, “OK when I was a kid as long as you were dressing like a character,” and said she doubted whether blackface was actually racist.

“What is racist?” she asked. “Because you do get in trouble if you are a white person who puts on blackface on Halloween.”

Kelly sent a memo to staffers at NBC apologizing for her lack of understanding:

When we had the roundtable discussion earlier today about the controversy of making your face look like a different race as part of a Halloween costume, I suggested that this seemed okay if done as part of this holiday where people have the chance to make themselves look like others. The iconic Diana Ross came up as an example. To me, I thought, why would it be controversial for someone dressing up asDiana Ross to make herself look like this amazing woman as a way of honoring and respecting her?

I realize now that such behavior is indeed wrong, and I am sorry. The history of blackface in our culture is abhorrent; the wounds too deep.

I’ve never been a “pc” kind of person — but I understand that we do need to be more sensitive in this day and age. Particularly on race and ethnicity issues which, far from being healed, have been exacerbated in our politics over the past year.

Last night, on CNN, hosts Chris Cuomo and Don Lemon discussed the debacle. Lemon came straight out of the gate with a truth bomb saying, “Megyn is 47 years old, she’s our age, there has never been a time in her 47 years that blackface has been acceptable.”

“Megyn is 47 years old, she’s our age, there has never been a time in her 47 years that blackface has been acceptable” @DonLemon on #CuomoPrimeTime pic.twitter.com/aihmlQ0VOd

Today, Kelly began her show with an apology:

“I want to begin with two words, I’m sorry..The country feels so divided and I have no wish to add to that pain and offense. I believe this is a time for more understanding, more love, more sensitivity and honor..Thank you for listening and for helping me listen too.” Megyn Kelly pic.twitter.com/6hHrvZLNvK