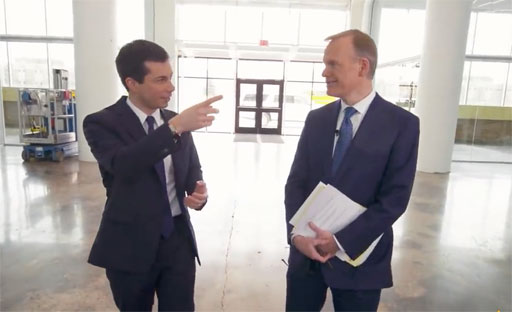 Once a long-shot, Pete Buttigieg, the mayor of Indiana’s fourth-largest city has been rising in the polls for the Democratic Party’s presidential nomination, attracting dollars, attention, and name recognition (if not pronunciation).

The Afghanistan War veteran, Rhodes scholar and trained pianist talks with CBS News’ John Dickerson about the importance of narratives, coming out, what youth brings to public office, and reanimating his party’s values for a new era, including a connection with faith.

Main quote – “The presidency is a moral office, it calls this nation to its highest values. And it sets the tone for the story that we tell ourselves. Narrative is a very powerful thing, and we need to make sure that everyone in America understands where they fit in this story.”