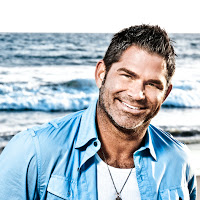 Out singer/songwriter Matt Zarley has spent the last several years climbing the Billboard Dance charts with his hits “While You See A Chance” and “Where Did You Come From” while his music videos & interviews have been featured on “The Hit List” and CBS News on LOGO.

In addition to his music, Matt is also known for his appearances in principal roles on Broadway and breaking ground as the first openly gay man featured in People Magazine’s “Most Eligible Bachelors.”

While in the studio for his upcoming CD, he’s also taken time to cover the 80s iconic Pat Benatar hit “We Belong” as a charity single to benefit The Trevor Project. The song is available as a two-song download: pop version and DJ Bill Bennett dance remix.

With gay bullying becoming a national topic of discussion, The Trevor Project continues to be a leading provider of life-saving and life-affirming resources including nationwide, 24/7 crisis intervention lifeline, digital community and advocacy/educational programs that create a safe, supportive and positive environment for everyone.

I recently spoke with Matt while he was in the studio putting the finishing touches on “We Belong.”

Randy: How did this project come about?
Matt: I was approached by DJ Bill Bennett last year about doing a charity single for The Trevor Project. I thought “We Belong” would work beautifully and is a song that is very uniting. Plus it’s never covered. It felt like a great fit.

R: Why The Trevor Project?
M: I’ve had a personal connection with TTP for a few years. With the abundance of media attention this past year regarding the bullying epidemic, I wanted to find a way to raise some visibility to the cause. The work that they do is so important.

R: Why do you think this song is relevant to the Trevor Project and it’s mission?
M: I assume that the song (when Pat Benatar recorded it) was a love song. But if you listen to the lyrics, it can really be open for interpretation. I hear the song as more of an anthem of unity. I think that regardless of your orientation or viewpoint, we are all of the same earth… and we are all the same. We truly all belong TOGETHER.

R: Is there a particular lyric in “We Belong” that you hope gay and lesbian teens hear or take to heart?
M: Definitely…”whatever we deny or embrace, for worse or for better, we belong together.”

R: In a perfect world, what would you like people to get from listening to this recording?
M: To have a sense of hope, and to remember that we are all one in the same. We need to support and love one another, not bully and hate.

R: While we’re talking music, what can you tell us about the new CD?
M: Well, I’ve got several tracks in production right now, and we’re looking at a summer release date. Tentatively titled “Change Begins With Me.”

“We Belong” is available on all major music download sites.