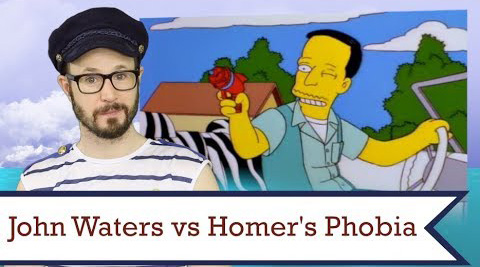 The Simpsons recently came under fire due to a controversy over the character of Apu. For years, Apu has been voiced by a non-Indian actor playing into what many feel are old, tired, and insulting stereotypes.

Ironically, The Simpsons has used the platform of its enormous viewership to combat harmful stereotypes for years.

One example: head back to 1997 when John Waters guested on the show and Homer couldn’t seem to figure out why he didn’t like Waters.

With an unlikely appearance by cult filmmaker John Waters, the episode features a groundbreaking depiction of intolerance, a crash course in camp, and a smarter conversation about queer Americans than on any other show at the time — all in a medium that was still thought of as only being for kids.

For more insight into the current “Apu” issue, watch voice-over actor (and voice of “Apu”) Hank Azaria explain what’s up to Stephen Colbert below.