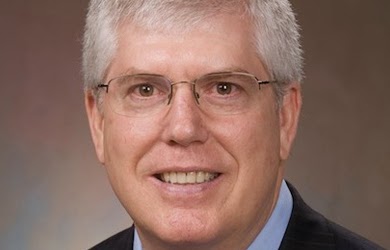 Mat Staver of the anti-gay Liberty Counsel spoke at an Orlando Tea People function this week where he said if SCOTUS rules in favor of marriage equality he would not “accept that as the rule of law.”

“I know from the natural created order that God made male and female, a mom and dad, husbands and wives as the first foundation of family,” he said. “And I don’t care if it is a 9-0 decision, they can’t change that and they won’t change that. And if they come out with a decision that is contrary to God’s natural created order, I personally will advocate disobedience to it … and collectively, we cannot accept that as the rule of law.”

“You also have to be ready to pay the consequences,” Staver continued, “because the civil government wrath is going to be poured out on you. But as a believer, you cannot obey something that is contrary to God’s law. And we would easily say, well, what would happen if the government forced you turn over a Jew in Nazi Germany? All of us would say we wouldn’t do that, we wouldn’t listen to that. Well, we’re about ready to walk into the moment”

Wait – what? What does two people being allowed to marry have to do with turning jews over to the Nazis? That analogy just took a turn into the underbush on the way to Poughkeepsie.

I personally don’t care what Staver would or would not “accept as rule of law.” If SCOTUS gives the nod to same-sex marriage, it WILL be the rule of law in the US.