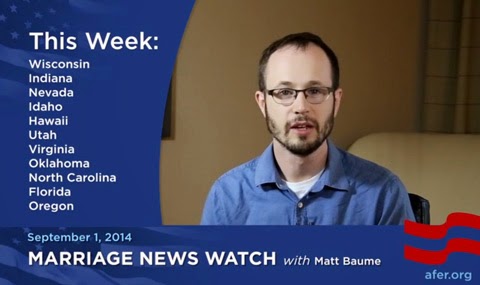 Anti-gay attorneys took a beating before the Seventh Circuit last week, trying and failing to defend marriage bans before a panel of hostile judges. Now all eyes are on the Supreme Court to see which cases they’ll take up in their fall session.

There’s another major marriage argument coming up in a few days.

And the National Organization for Marriage still isn’t giving up in Oregon, despite having lost months ago.