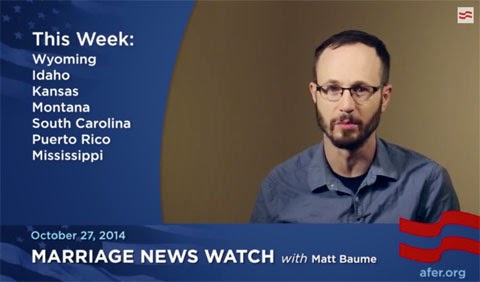 The number of states with marriage has gone up yet again this week. Only a handful of states are stil trying to defend their marriage bans, and they’re quickly running out of ways to delay their inevitable loss.

A straight couple in Kansas has filed a new anti-gay lawsuit, and it’s nuts.

A federal judge just ruled against the freedom to marry, but his decision has virtually no chance of being upheld.

Plus, there’s a powerful new lawsuit in Mississippi.