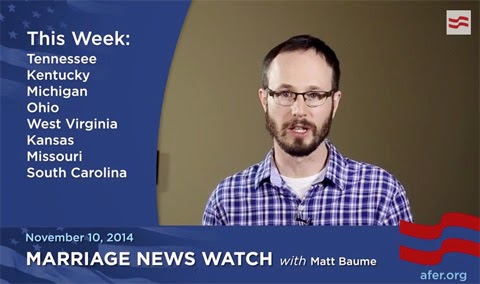 • Two judges in the Sixth Circuit just ruled against equality, which sets us up for a Supreme Court ruling in the coming months.

• No sooner did the Sixth Circuit uphold marriage bans than a judge in West Virginia issued a ruling of his own, explaining why they’re wrong.

• Plus, judges overturned marriage bans in Kansas and Missouri, with some complicated rules about who can get married and when.