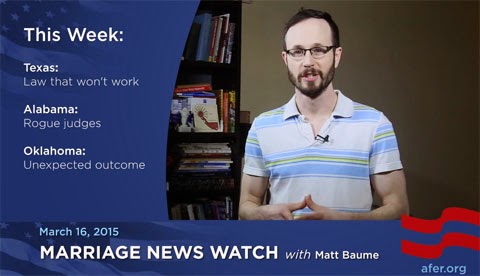 Via the American Foundation for Equal Rights:

Texas is pushing a proposed law that would let the state overrule the Supreme Court. There’s just one problem: they can’t actually do that.

“Alabama judges have decided that they don’t have to obey federal courts either, except that in reality, they do.

“And Oklahoma politician wants to switch from marriage licenses to marriage certificates, which would accomplish … not very much.”