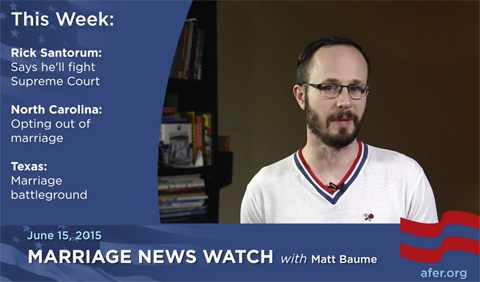 With the Supreme Court due to rule on marriage any day now, Presidential “candidate” Rick Santorum says he would fight back against a pro-equality ruling. He says that states allowing gay and lesbian couples to marry is a violation of his religious freedom, which is an argument a lot people made about interracial marriage in the 60s.

So do couples need to worry about the possibility that Rick Santorum could stop them from marrying? No. For one thing, the president doesn’t get to veto Supreme Court rulings.

And for another, Rick Santorum will never be president.