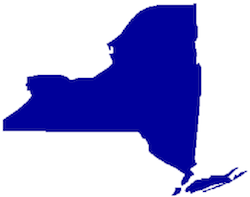 New York’s Marriage Equality Act has been good for business at the clerk’s office in the city of Niagara Falls.

Clerk Carol Antonucci told city lawmakers last week that revenue from the issuance of marriage licenses is up 29 percent so far this year. During a presentation of her department’s proposed 2012 budget, Antonucci reported marriage license revenues of $13,457 from Jan. 1 through Sept. 30, up from $10,430 from the same period last year.

Antonucci said revenue from marriage ceremonies involving the city has increased as well. For the first nine months of 2011, her office took in $10,200 in marriage ceremony revenue compared to $8,400 for the same period a year ago.

Antonucci said her office is now regularly issuing more than 10 marriage licenses per day. She attributes part of the spike in activity to the state’s Marriage Equality Act, a law passed in June that granted marriage rights to same-sex couples in New York.