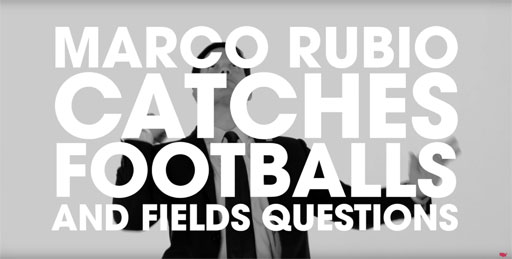 Earlier this week, Sen. Marco Rubio released a campaign spot where he tried to “out-Jesus” his competitors in the current pack GOP White House hopefuls.

Today, in another campaign ad – set to air during NFL playoffs –  Rubio goes “full-jock”to remind you:

• He can laugh at his now-famous debacle of a State of the Union rebuttal speech when he nervously reached for water, so he’s cool still thirsty.

Rubio told the crew at Fox & Friends that the ad was “just another way to keep people interested.”

“In the end we’re focused on the big issues before our country, but football is pretty big this week,” Rubio said. 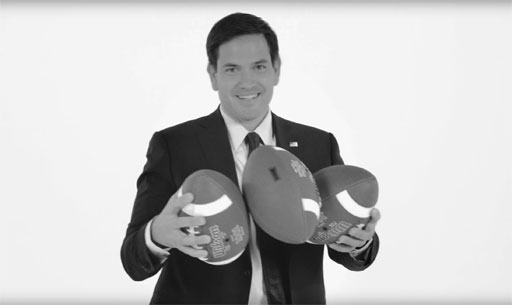