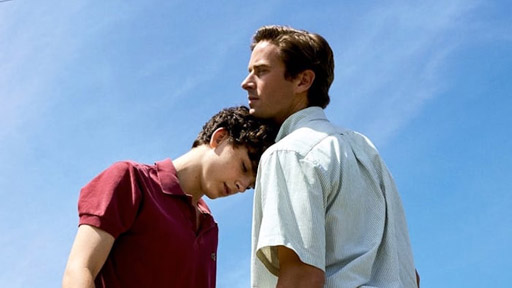 While the LGBTQ community was giddy over the success of gay-themed Call Me By Your Name at this year’s Academy Awards where James Ivory won the Oscar for “Best Screenplay,” a new study shows depictions of LGBTQ characters in movies released by major studios last year actually declined.

LGBTQ advocacy group GLAAD took a look at the 109 films released by major studios in 2017. And in issuing their annual Studio Responsibility Index found that gay, lesbian, bi, trans and queer characters appeared in only 14 films (12.8%).

That marks a precipitous drop from the 18.4% of major studio films found to be inclusive in 2016. Indeed, this is the lowest percentage of films featuring LGBTQ characters since GLAAD began reporting on the issue in 2012.

Additionally, GLAAD notes that many of the gay characters in 2017 films were barely seen on screen. Looking at the 14 films that included LGBTQ characters, in half of them the LGBTQ characters had less than five minutes of screen time.

There was some good news to report: diversity increased as 16 of the 28 LGBT-identified characters were people of color. That makes for 57% of the total characters in 2017 versus only 20% in 2016.

It’s important to note that the report did not include the LGBTQ representation in the films released by the smaller, boutique labels like Sony Pictures Classics, which produced Call Me By Your Name, and Fox Searchlight, which served up the Billie Jean King/Bobby Riggs redux, Battle of the Sexes.

When you add those outlets to other similar offices – like Universal’s Focus and Lionsgate affiliate Roadside Attractions – to the mix, you do get a more diverse, inclusive result.

In a recent interview with Time Out London, Sir Ian McKellen spoke about the lack of LGBTQ representation in Hollywood:

“Well, nobody looks to Hollywood for social commentary, do they? They only recently discovered that there were black people in the world. Hollywood has mistreated women in every possible way throughout its history. Gay men don’t exist. Gods and Monsters [1998], I think, was the beginning of Hollywood admitting that there were gay people knocking around, even though half of Hollywood is gay.”