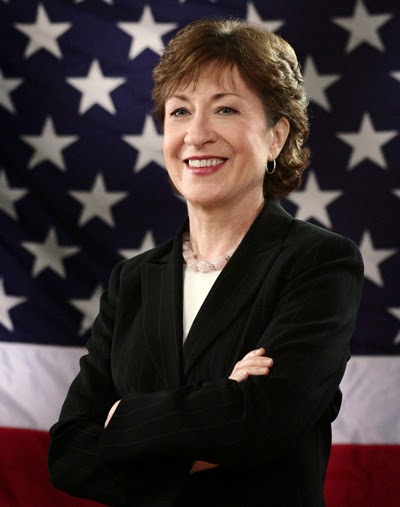 Sen. Collins said in a statement: “A number of states, including my home state of Maine, have now legalized same-sex marriage, and I agree with that decision.”

The Human Rights Campaign responded by endorsing Collins for reelection:

“Senator Susan Collins has played a pivotal role in advancing support for LGBT equality — from her dogged support for the repeal of “Don’t Ask, Don’t Tell,” to her critical vote for the Employment Non-Discrimination Act last year, to her proud support for marriage equality,” said Chad Griffin, president of the Human Rights Campaign. “HRC is proud to stand with Senator Collins, and with allies on both sides of the aisle like her, because she firmly believes that every American should be evaluated based on their abilities, and not who they love.”

“I am grateful for the support that I continue to receive from the Human Rights Campaign for my work in the Senate to end discrimination and achieve LGBT equality,” said Senator Collins. “HRC fully understands the need to have allies in both the Republican and Democratic caucuses, and I am proud of the reputation that I have established for working with my Senate colleagues of both parties in a bipartisan spirit for fairness and equality. I look forward to our continued work together to bring people together and remove barriers that divide us.”

While The Randy Report clearly leans left, I’ve always said I appreciate the moderates on both sides of the aisle in government. Susan Collins has consistently been open to finding common ground on a multitude of issues, including those of particular importance to the LGBT community.

I agree with the HRC in their endorsement.