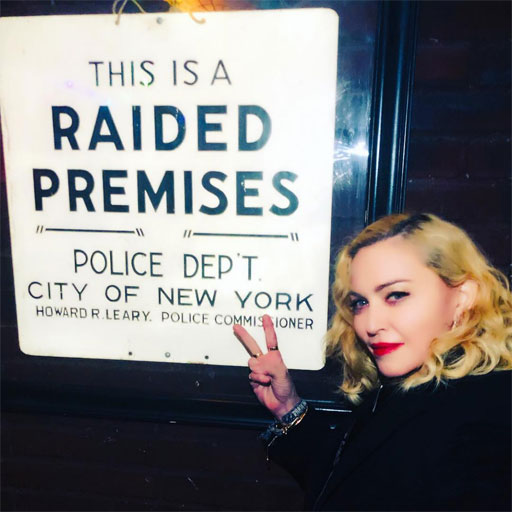 GLAAD will recognize Madonna, the Queen of Pop, with this year’s Advocate for Change Award at the GLAAD Media Awards in New York City on May 4.

It’s a fitting accolade for the international music star and longtime LGBTQ ally who has supported the community since the beginning of her stellar career in the 1980s.

“Change” is certainly a word we all can attribute to Madonna. Not only for her own ever-evolving pop culture persona, but for the way she impacts the world around her.

Madge hasn’t just ‘talked the talk,’ but truly walked the walk when it comes to addressing issues important to LGBTQ people.

From performing at early AIDS benefits, speaking out for more action by the federal government on the AIDS epidemic, and including crucial information about the disease in a flyer packaged with her album Like A Prayer.

She’s raised her voice calling for LGBTQ protections and equality in far-flung countries like Russia, Romania and Malawi.

In 2010, when two men were sentenced to 14 years in prison for marrying in Malawi, she didn’t hesitate to speak out.

“As a matter of principle, I believe in equal rights for all people, no matter what their gender, race, color, religion, or sexual orientation. This week, Malawi took a giant step backward. The world is filled with pain and suffering; therefore, we must support our basic human right to love and be loved.”

Truly, “Advocate for Change” is a fitting title for the Golden Globe and Grammy Award winner.

This won’t be her first trip to the GLAAD Awards, either.

In 2013, she presented CNN’s Anderson Cooper with the prestigious Vito Russo Award.

For ticket information to attend the GLAAD Media Awards in New York City at the New York Hilton Midtown Hotel on May 4, click here.

And head over to GLAAD.org a complete list of this year’s nominees for the GLAAD Media Awards.