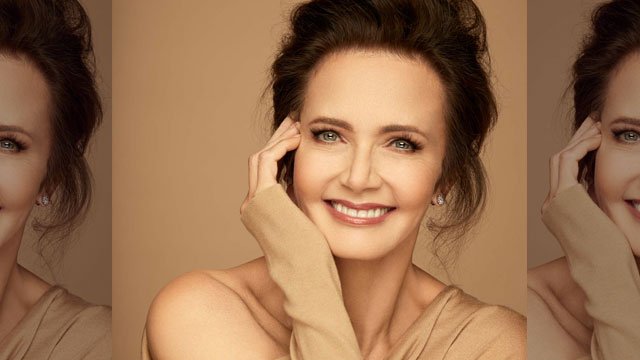 Produced by her longtime record producer Kyle Lehning, the song is an artful anthem of love, strength and inspiration in her life resonating throughout.

Carter says the song reflects not only the inspirational love of her husband, but also her connection to the strength and love found in the powerful female characters in Wonder Woman. From the first heartfelt verses, her unmistakable alto vocals anchor the ballad as it hits some truly heroic crescendos.

An engaging storyteller, she takes her audiences now on a journey where her life and story intertwine. “Singing is my soul. I was on the road performing in my teens and traveled from the Catskills to Las Vegas and from San Francisco to the saloons in Texas.”

“I started writing the song about my own love story with my husband, while I was in discussions about appearing in the Wonder Woman ’84 movie,” says Carter. “As I was cast as Asteria in the movie, it became about the love between Steve and Diana, and then the love that some of us are so lucky enough to have in our lives, the great love stories over the ages. My hope is that this song will inspire your connection to your own love in your life.”

As it’s Pride Month, I’d be remiss in pointing out her constant and consistent support for the LGBTQ community.

Happy Pride! So excited to celebrate with all my LGBTQIA+ friends and fans 🏳️‍🌈 Art by Paulina Ganucheau for @DCComics ✨ pic.twitter.com/zpPKELsQkp

Just a few days ago, on the first day of Pride Month, she tweeted, “I didn’t write Wonder Woman, but if you want to argue that she is somehow not a queer or trans icon, then you’re not paying attention. Every time someone comes up to me and says that WW helped them while they were closeted, it reminds me how special the role is.”

I didn't write Wonder Woman, but if you want to argue that she is somehow not a queer or trans icon, then you're not paying attention.

Every time someone comes up to me and says that WW helped them while they were closeted, it reminds me how special the role is.

Happy #Pride month to all of my brothers, and sisters in the #LGBTQ community.

But before we start the celebrations, connections, we must commemorate the individuals who have paved the way for our rights:#Trans women of color by name of Sylvia Rivera and Marsha P. Johnson pic.twitter.com/eufJwxvaqE

Today we celebrate women and girls from all walks of life… And yes, that includes our trans sisters! 😘

To be a woman is to be a wonder, but it's no wonder that we are so strong and full of possibilities. Happy International Women's Day! pic.twitter.com/PCaOdUH54j