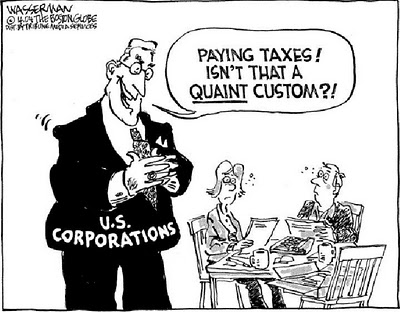 From ThinkProgress: American corporations are holding more cash on their balance sheets than at any time in nearly a half century, as they continue to save instead of investing or hiring workers, according to a Federal Reserve report released Friday.

According to the report, non-financial corporations held more than $2 trillion in cash at the end of June, a $88 billion jump since the end of March. Cash holdings made up 7.1 percent of all company assets, the highest level since 1963.

Meanwhile, Republican candidates continue to endorse drastic reductions in the corporate tax rate, even as American corporations pay one of the lowest effective tax rates in the developed world.

Those who favor lower corporate tax rates and bigger giveaways continue to argue more cash on hand will equal more jobs created. The Fed’s latest report, however, is more evidence that equation simply doesn’t work out.