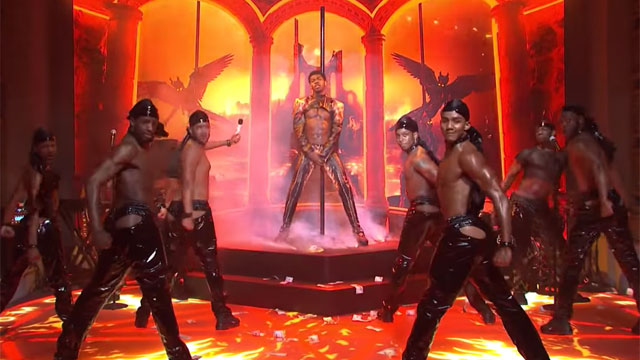 Lil Nas X made quite the splash this weekend as the musical guest on SNL.

For the Season 46 finale of SNL, Lil Nas X performed “Montero (Call Me By Your Name)” while wearing an all-leather fire-themed outfit. But a wardrobe malfunction occurred when he squatted down in front of a stripper pole and his pants ripped in the upper thigh area.

For the rest of the performance, Lil Nax X continued to sing and dance while trying to keep the rip from being too noticeable.

The Grammy winner followed that up with a performance of his latest single, “Sun Goes Down,” which went smoothly and no mishaps.