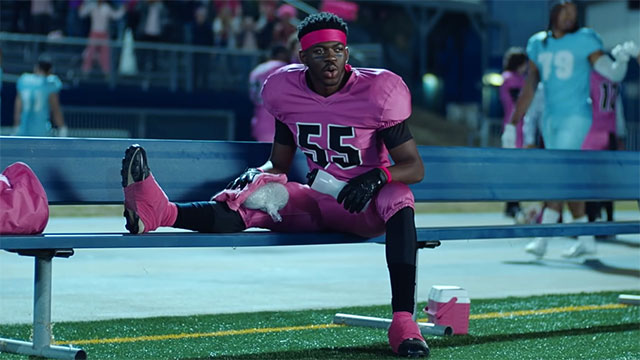 Lil Nas X released his debut album, Montero, today along with the scintillating music video for “That’s What I Want.”

The Grammy Award winner continues in his campaign to push the envelope as the video begins with a none-too-subtle shower sex scene in a football locker room, and then shifts into full Brokeback Mountain mode complete with a plot twist, and more.

Plus, there’s a cameo appearance by Tony/Grammy/Emmy winner Billy Porter for good measure 🙂

As provocative as all that sounds, it’s worth noting the song itself is very good, mainstream fare.

In less than three hours the video hit #1 on YouTube.

The artist also published a “baby registry” assigning different charities to each track on the album including Transinclusive Group and The Bail Project.