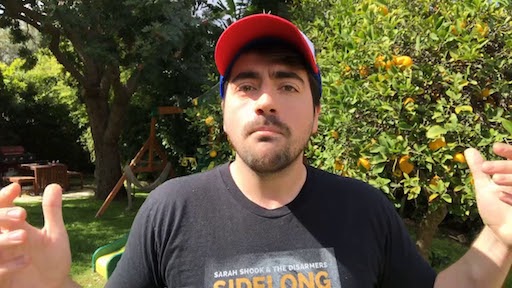 Trae Crowder, the “Liberal Redneck,” is back with a YouTube rant on the idea of more guns in schools.”

First porch rant is awhile is about guns again. Gettin hard not to talk about guns yall. Call me a radical, but I could do without wholesale slaughter. But that’s just me.

And Crowder is not shy on his funny but also clear-headed opinions on guns in schools.

“Look, I love teachers – noble profession. But in my time as a student I saw enough of those mothersf*ckers show up too hung over to operate a VCR. And you want to give them an AR-15?”


“It’s funny to me that when Democrats want to give medications to poor kids the GOP screams ‘This is not a socialist country.’ But when someone mentions making art class into a Sylvester Stallone movie, well all of a sudden they’re Bernie-f*cking-Sanders.”

Crowder also takes on the Lt. Governor of Georgia who literally threatened Delta Airlines (largest employer in his state) for putting an end to NRA travel discounts.