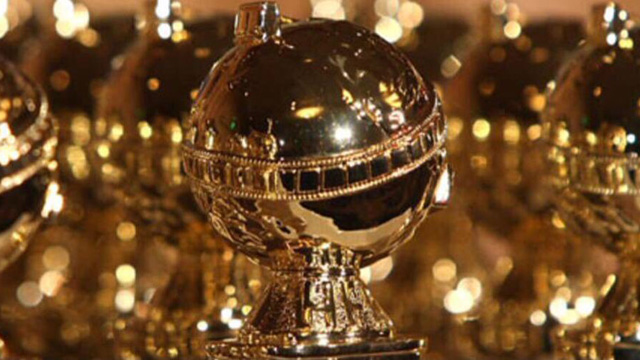 The nominations were announced Wednesday morning for the 78th Annual Golden Globes with a lot of trophy love for LGBTQ-themed entertainment.

Following its sweep at the Emmy Awards, Schitt’s Creek was nominated for Best Musical/Comedy Series. The comedy’s four stars – including out actor/producer Dan Levy, Eugene Levy, Catherine O’Hara, and Annie Murphy – were also honored with nominations.

Ryan Murphy’s The Prom scored a nod for Best Picture – Musical/Comedy. The Prom scored only one nomination in the acting categories – James Corden for Best Performance by an Actor in a Motion Picture, Musical or Comedy. Corden received some backlash as a straight actor serving up an over-the-top performance as a gay man in the movie musical. I wasn’t a fan of the performance.

Netflix’s Ratched was nominated for Best TV Series – Drama with queer leads Sarah Paulson and Cynthia Nixon garnering nominations as well, for the lead role as Mildred Ratchet for Best Performance by an Actress in a Television Series, Drama, the supporting role of Gwendolyn Briggs in Best Supporting Actress – Television, respectively.

HBO Max’s The Flight Attendant, which has two major gay characters (one played by out actor T.R. Knight), was nominated for Best Musical/Comedy series.

In the Best Supporting Actor – Television category, Jim Parsons was recognized for his work in Hollywood.

Best Performance by an Actress in a Motion Picture – Drama will see two heavy-hitting LGBTQ-centric performances competing against each other. Viola Davis for her star-turn as Ma Rainey in Netflix’s adaptation of playwright August Wilson’s Ma Rainey’s Black Bottom, and Andra Day’s richly-layered Billie Holiday in Hulu’s The United States vs. Billie Holiday. Both are worthy of the trophy.

The Life Ahead and Two Of Us, both LGBTQ-themed movies, were nominated for Best Picture – Foreign Language. The Life Ahead, from Italy, features transgender actress Abril Zamora in a trans leading role. The French film Two of Us follows a love story between two older women.

While not queer news, I applaud the history made in the Best Director — Motion Picture category.  For the first time, three women have been nominated – Emerald Fennell (Promising Young Woman), Chloé Zhao  Nomadland) and Regina King (for One Night in Miami). #Applause

Additionally, Norman Lear will be honored with the Carol Burnett Award, and Jane Fonda will be awarded this year’s Cecil B. DeMille Award.

You can find the full list of nominations at GoldenGlobes.com.