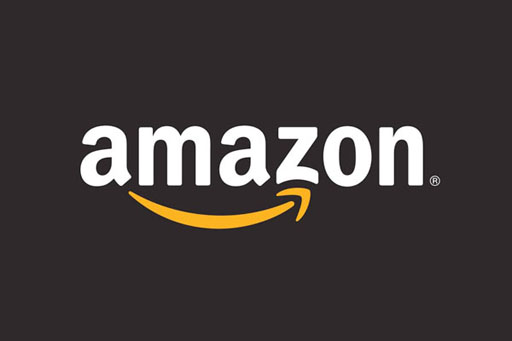 Apparently there’s an unspoken component to Amazon’s current search for a location for it’s highly coveted second headquarters, known at this time as HQ2.

And that’s taking measure of how communities view and treat local LGBTQ folks.

On one recent trip to Dallas/Fort Worth by Amazon, the local team made a point of showing off how inclusive and welcoming the community has been to the Rev. Neil G. Cazares-Thomas, pastor of a predominantly gay megachurch in Dallas, and his 4,000 congregants.

As Amazon executives recently toured finalist locations to help select what they’ve dubbed HQ2, they asked public officials about what sort of “compatible cultural and community environment” — the wording from the company’s search parameters — each city offers, adding to speculation about whether Amazon will choose a liberal stronghold.

In North Carolina, company representatives asked pointed questions of Gov. Roy Cooper (D) about several state policies such as the “bathroom bill,” which restricted the use of public facilities by transgender people, according to a person in the room. In another city, an Amazon executive groaned at the mention of proposed legislation in Georgia that would restrict funding for same-sex adoption, according to another person who attended the meeting between the company and state and local officials.

Given the publicity and economic impact of the project, including as much as $5 billion in capital expenditures, Amazon’s push on gay and transgender rights may increase pressure on state and local policymakers who have either declined to institute equal-rights rules or passed laws some view as discriminatory.

According to the WaPo, 11 of the 20 finalist cities have anti-LGBTQ laws on the books.

There are those that believe landing HQ2 in a red state might help facilitate positive change towards LGBTQ folks since Amazon would arrive with very pro-LGBTQ policies as a company.

The awarding of the contract for HQ2 will be a huge economic boon for the winner.

Over the past few years Amazon has invested $3.7 billion into the Seattle economy and paid more than $25  billion in salaries.

The new headquarters could mean up to 50,000 new jobs, and $5  billion in capital investments for the city that gets the contract. 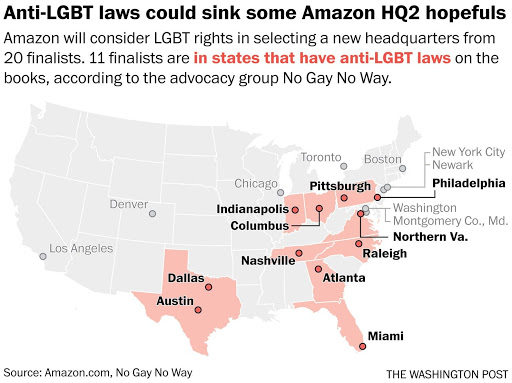