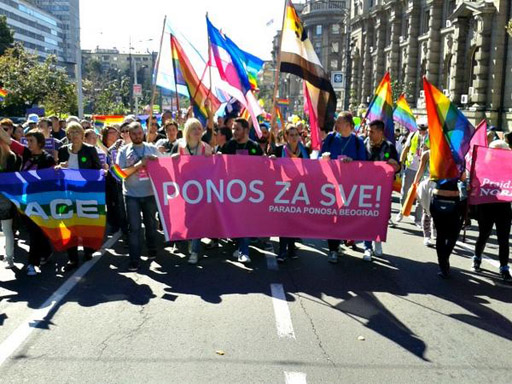 Despite being cancelled several times in past years, with helicopters in the air and thousands of police deployed, an LGBT Pride parade took place without incident in Belgrade, Serbia, this past Sunday.

Previous parades have been cancelled, and the four years leading up to 2014 saw the parade banned after violent clashes took place between extremists and police.

Back in 2014, hundreds of people took part in the first Belgrade Pride parade permitted to go ahead in four years.

The previous time police allowed Belgrade Pride to go ahead was 2010, when it was marred by violent stand-offs with far-right extremists. Around 100 people were injured at the event, as extremists threw petrol bombs at the police and gay rights activists.

The event has been cancelled every year since, with the 2011, 2012 and 2013 parades all being banned by authorities over fears of violence.