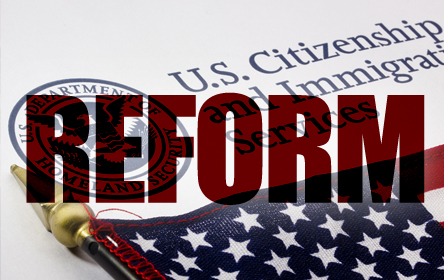 Our primary goal is to pass a commonsense, compassionate immigration reform bill that puts our nation’s undocumented men, women and children on a pathway to citizenship. That pathway would provide at least 267,000 LGBT undocumented people the opportunity to become full participants in our economy and our democracy.

We do not believe that our friends in the evangelical faith community or conservative Republicans would allow the entire immigration reform bill to fail simply because it affords 28,500 same-sex couples equal immigration rights. This take-it-or-leave-it stance with regard to same-sex binational couples is not helpful when we all share the same goal of passing comprehensive immigration reform that provides a path to citizenship.

We all deserve a chance to live with dignity, to pursue our dreams, and to work for a better future and better quality of life. Our current immigration system is broken. It dehumanizes, scapegoats and vilifies all immigrants, including LGBT immigrants, and their friends and families. Comprehensive, compassionate immigration reform is an urgent priority for our nation and the LGBT community. We stand firmly that the following principles must be included if we are to truly have comprehensive immigration reform legislation.

Sen. Marco Rubio has stated that immigration reform will tank if the gay-inclusive amendment is attached.

“It will virtually guarantee that it won’t pass,” Sen. Marco Rubio (R-Fla.), a member of the Gang of Eight negotiating group, told POLITICO in a brief interview. “This issue is a difficult enough issue as it is. I respect everyone’s views on it. But ultimately, if that issue is injected into this bill, the bill will fail and the coalition that helped put it together will fall apart.”

The proposed amendment is known as the Uniting American Families Act, first introduced by Rep. Jerry Nadler in 2000.

The bill has never advanced out of its House or Senate committees.