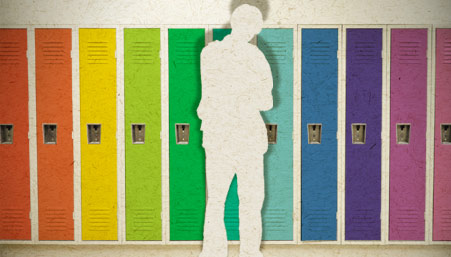 A study published today in Pediatrics reveals that lesbian, gay, and bisexual teens are more likely to attempt suicide when they live in a community that is less supportive of their identities. A more supportive social environment was significantly associated with fewer suicide attempts. LGB youth were significantly more likely to attempt suicide in the previous 12 months, compared with heterosexuals (21.5% vs 4.2%).

It’s documented fact that LGB youth already attempt suicide at higher rates than their heterosexual peers, but the rates are even higher when there is less visibility of same-sex couples, a higher proportion of registered Republicans/conservatives, and fewer school gay-straight alliances and nondiscrimination policies:

Strikingly, the study also found that heterosexual youth were more likely (9%) to attempt suicide in the less supportive environment, demonstrating the importance of LGBT education for all young people. Moreover, the data demonstrate that it is environmental factors that contribute to the increased rates, not the individuals’ actual identities.

This is not the first study to show such results in terms of environment and disapproval. A 2009 study by the Family Acceptance Project showed that LGB young adults were 8.4 times more likely to attempt suicide if they were rejected by their family. A 2004 National Research Council study found that rates of suicide completion are much higher in rural areas.