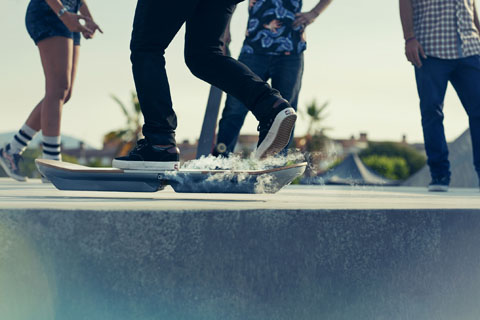 Shades of Back To The Future! Check out this working model of an actual hoverboard developed by Lexus.

Very cool, but it’s not quite there yet.

Even though Lexus and Evico were able to pull off the project, don’t expect to see a hoverboard fly past while you’re walking down the street next year. To use maglev technology that would make this sort of hoverboard work, you need a magnetic metal track. Normal concrete pavements won’t do. Lexus solved this issue by converting a skate park in Barcelona into a temporary hoverboard skate park. On an existing track composed of cement and wood, the Lexus and Evico teams swooped in to lay down hundreds of small magnets.