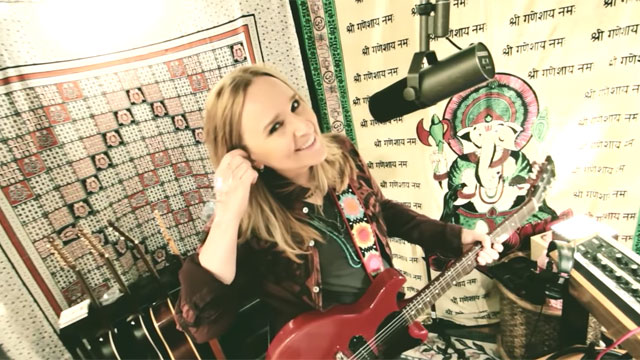 Out singer/songwriter, activist and Grammy Award winner Melissa Etheridge has released her new single and music video, “One Way Out”, a powerful rock anthem which sees the singer return to the studio almost a decade ago with her original band.

“One Way Out” is the first single off her upcoming album of the same name coming this fall. The song is part of a collection of music written by Etheridge in the late 1980’s and early 1990’s that never made the cut….until now.

“I’m so excited to bring these songs to my fans,” says Etheridge. “Years later I am still moved and can’t wait to share these tracks live.”

The legendary rocker’s vocal and musical powers are at their peak, and the music video deftly captures the crackle and energy of creativity in the studio.

“One Way Out” is one of nine tracks that will be featured on the full length album – One Way Out ­– to be released on September 17, 2021 via BMG.

Fans will get to hear “One Way Out”LIVE when Melissa performs from the Theatre at the Ace Hotel in Downtown LA for her “One Way Out….Of The Garage” concert special.

The concert will stream LIVE on May 29 so consider this event part single release party and part Birthday celebration!