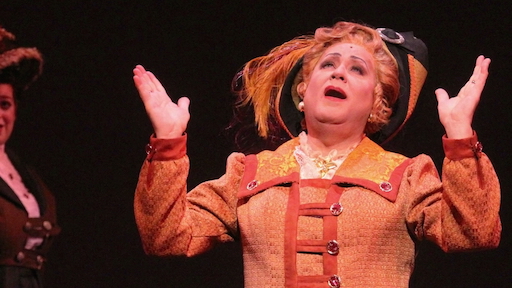 Regular readers of The Randy Report know I spend half my life as a freelance writer and blogger here at The Randy Report, and the the other half working in the theater as a director/choreographer.

The past two weeks I’ve been deep in rehearsals choreographing Hello, Dolly! at the Wick Theater in Boca Raton, Florida, with my Dolly! partner in crime and Broadway stalwart, Lee Roy Reams. This marks our 8th production of Dolly! together, but this one has a twist 🙂

Not only are we exploring this gorgeous Jerry Herman/Michael Stewart show once again, we’re digging into even deeper levels as Lee Roy becomes the first male actor in America to play the leading role.

In an era of marriage equality and LGBT rights becoming a regular part of the daily news cycle, what could be more appropriate? And to be clear – Lee Roy is very specific in his portrayal. He is not playing a drag queen, he’s playing “Dolly Levi” straight – no winking at the audience.

“Danny La Rue did it years ago in England,” Reams says. “But I never saw that show. In England they are accustomed to men playing women’s roles and vice versa.”

The production and casting come complete with the blessing of Dolly! composer/lyricist Jerry Herman, who won Tony Awards for not only Hello, Dolly! but Mame and La Cage Aux Folles.

“I love this show,” Reams says. “It was my second show with Carol Channing. When I was in ‘Lorelei’ with Carol we became close. When they were doing a revival she called me. That voice. She said, ‘Hello Lee Roy. It’s Carol.’ Like I didn’t know. She said, ‘Look, I want you to play Cornelius Hackl. The director doesn’t know you, so you have to audition. But don’t worry, you got the job.’ “

He has directed Uggams, Madeline Kahn, Michele Lee, French star Nicole Croisille and others in the role over the years.

Reams adds, “Bringing a male perspective to that character will make it more interesting to me. I’ve told so many ladies how to do it and now I’ll find out if what I said works.

“The atmosphere is prime. It’s time. People are no longer being told what they should play. People can play all kinds of roles now, regardless [of] their sexual orientation or ethnicity. I think we’re all more open to that now. And I think (producer) Marilynn Wick is so brave to do this.” 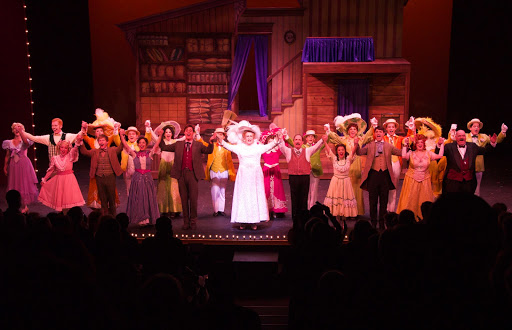 The reviews are just starting to come in, and they are raves. Rod Stafford Hagwood, reviewing for SouthFlorida.com, wrote;

“He (Reams) has given the 51-year-old musical a sense of briskness and brightness with some triumphant choreography by Randy Slovacek and wow-pow moments courtesy of musical director Michael Ursua.”

This isn’t the first time Reams has broken barriers: in 1970 he became the first actor to play an openly gay character in a major Broadway musical. Long before others bravely hit the boards in gay roles, Reams played Lauren Bacall’s openly gay hairdresser & confidante “Duane Fox” in Applause in 1970. One of our great “elder gays,” he has represented the gay community proudly, never attempting to hide who he is.

Beyond the gender bending aspect of this production, Reams adds that the story’s themes are what make the show still relevant today, especially in a presidential election cycle.

“The thing that continues to amaze me is how good a show it is,” Reams says. “The music is just perfect and the book is so strong. That money speech is as current now as it was then. That’s when Dolly says, ‘The surest way to keep us out of harm is to give us the four or five human pleasures that are right in the world… and that takes a little money.’

“Now tell me that isn’t what everything going on these days in the news is all about?”

Hello, Dolly! runs through Dec. 6 at the Wick Theatre in Boca Raton, FL. For ticket info, go to TheWick.org.