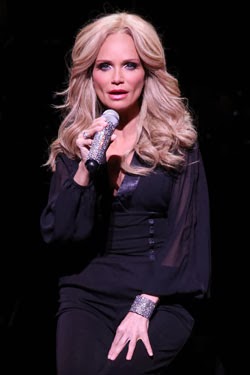 The Smith Center for the Performing Arts has announced Tony® and Emmy® Award-winning sensation Kristin Chenoweth will perform a special New Year’s Eve concert inside Reynolds Hall beginning at 7:30 p.m.

The evening will feature Chenoweth performing an array of her most memorable songs and Broadway show tunes, including music from “Wicked,” “Promises, Promises” and “Glee.”

“I am so delighted to celebrate the New Year with a performance at The Smith Center,” said Chenoweth. “What better place for a New Year’s Eve party than Las Vegas!”

Chenoweth, an LGBT ally and favorite, has had an extraordinarily diverse career including her Tony-winning performance in “You’re A Good Man, Charlie Brown” and originating the role of Glinda the Good Witch in the smash hit “Wicked,” which earned her a leading actress Tony Award Nomination.