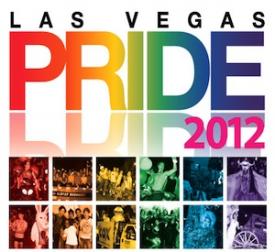 To quote a line from one of my favorite off-Broadway shows Pageant – “more is better.”

Las Vegas – a city known to do things in the “bigger and better” category, will be welcoming not one, not two but three major LGBT icons as Grand Marshals for the Las Vegas Gay Pride Parade.

Joan Rivers, Margaret Cho, and Kathy Griffin have been announced as
the Grand Marshals, and they’ll be performing in Las Vegas during the Pride festivities.

In addition to seeing them at the start of the 2012 Las Vegas Gay Pride Parade Friday, September 7 at 7pm,  we’ll be able to see our favorite funny ladies in their own shows:

• Margaret Cho at the Terry Fator Theatre at the Mirage on Thursday, September 6th at 10pm

• Kathy Griffin at the Terry Fator Theatre at the Mirage on Saturday, September 8th at 10pm

• Joan Rivers will be at the Venetian on September 6-8, performing at 9:00pm

Las Vegas Pride
President/ Parade Chairman Ernie Yuen says,“We are very excited and
proud to host an amazing trio of beauty and talent; best of all they all
make us laugh!”

Yuen says, “What a great way to start our spectacular event. This
will be history making for us and I am sure the LGBT community will be
out in full force to welcome these wonderful LGBT supporters.”