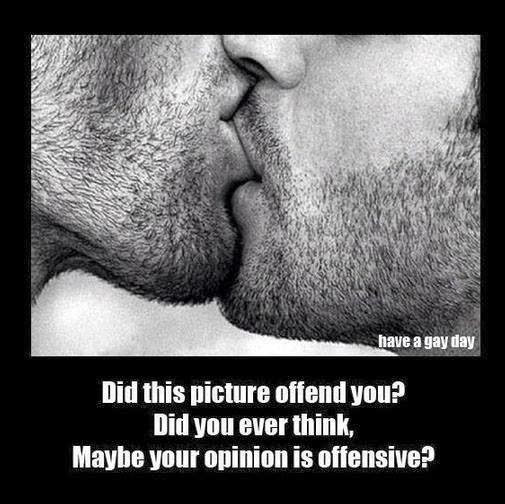 The photo above was removed from the Have a Gay Day Facebook Page by the “FB powers that be” last week.

The two hirsute chins locking lips apparently got over 100 users banned for sharing it. Facebook claimed the photo  was “offensive” and “violates community standards.”

Later, a spokesperson told PinkNews Thursday that the photo was removed in error and has since been restored, while disputing Have a Gay Day’s assertion that users had been banned.

I can’t imagine that the photo “violates” anything.

I rather like the photo. And since this is MY “kingdom” – I’m posting it myself.