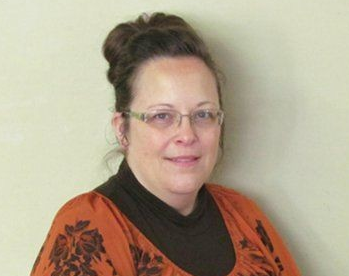 The ACLU has filed a contempt of court motion against Rowan County Clerk Kim Davis for her refusal to follow the law and issue marriage licenses to same-sex couples.

Last night, Davis ran out of legal options when the U.S. Supreme Court refused to intervene. Davis is now bound by the ruling by U.S. District Judge Bunning to begin issuing marriage licenses.

The motion specifically asks that Davis not be thrown in jail, but be fined. Clearly the visual of Davis being incarcerated would give the haters the martyr they are dreaming of.

Plaintiffs do not seek to compel Davis’ compliance through incarceration. Since Defendant Davis continues to collect compensation from the Commonwealth for duties she fails to perform, Plaintiffs urge the the Court to impose financial penalties sufficiently serious and increasingly onerous to compel Davis’ immediate compliance without further delay.

According to the AP, Davis and her deputy clerks have been summoned to a federal court hearing this coming Thursday at 11am where she may be found in contempt of court.