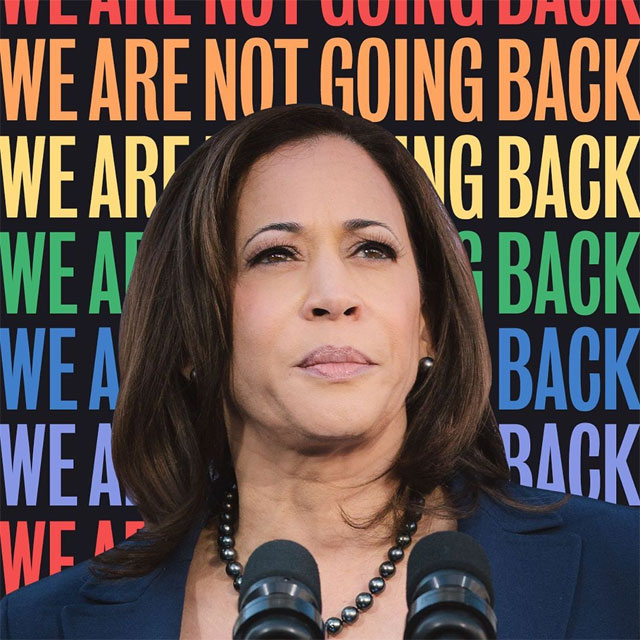 Sen. Kamala Harris (D-CA) mixed and mingled with supporters at the West Hollywood gay bar The Abbey on Wednesday night prior to the LGBTQ Town Hall co-sponsored by HRC & CNN on Thursday night.

At one point during the event, the California senator also got a lesson from RuPaul’s Drag Race alum Shangela on how to properly clack a fan.

Certainly a skill the first woman president would need, yes?

Shangela shared the moment on Instagram with 1.2 million followers:

HALLELOO for HARRIS!! SENATOR Kamala Harris, that is. I met her tonite to chat with her about her advocacy for LGBTQ rights and Equality, and I can tell you that she has been and will continue to be a fierce ally for our community. I don’t agree with every decision she’s ever made but I can tell you my hope is that as she pushes forward she grows even more in tune with the needs of every member of the LGBTQIA+ family. I can for sure say I am proud to see a strong, intelligent, dedicated Black/Indian woman going after the Democratic nomination, and I urge all you to get informed about these candidates so you can make an educated VOTE for yourself, whoever that may be. And hey, check out her skills with the Halleloo fan! Now that’s a PRO! ❤️🇺🇸🌈 @kamalaharris

Today, Harris released her proposal for LGBTQ Equality titled, “Kamala’s LGBTQ+ Plan to Provide Equality and Dignity for All.”

Harris announced the plan on Twitter writing, “Today, I introduced a plan to ensure everyone in the LGBTQ+ community is able to live proudly and openly, without fear of discrimination. We can restore equality and dignity in the White House.”

Today, I introduced a plan to ensure everyone in the LGBTQ+ community is able to live proudly and openly, without fear of discrimination. We can restore equality and dignity in the White House. https://t.co/tS2YM46az7

In the plan, Harris says she will repeal the Trump/Pence Hate Agenda:

• Ensure religion cannot be used to discriminate against LGBTQ+ individuals

Today, I introduced a plan to ensure everyone in the LGBTQ+ community is able to live proudly and openly, without fear of discrimination. [Link in bio to read the plan]

Regarding HIV, the California senator proposes requiring all insurance plans to cover PrEP as well as bring the cost of the medication down using the government’s authority.

Also in the medical arena, Harris wants to ensure health care coverage of gender confirmation surgery and other gender transition health services as well as guarantee coverage for reproductive services for all LGBTQ+ people including trans and gender non-binary people through her Medicare For All plan.

In terms of crime and the justice system, Harris proposes improving the tracking and reporting of hate crimes, end profiling of LGBTQ+ people by law enforcement, and reform the criminal justice system addressing the disproportionate hard the system has on LGBTQ+ people.