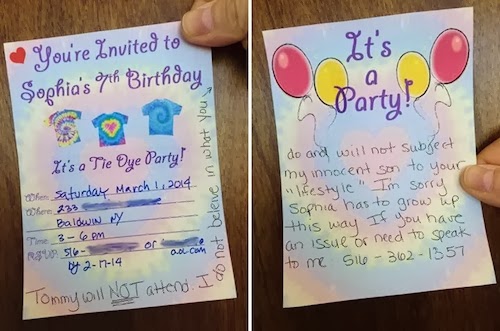 Last Wednesday, Wednesday, the K-98.3 (WKJY) Morning Show with Steve and Leeana aired a story about a young girl’s birthday party and one parent’s objection to the same-sex situation of that girl’s parents. The story went viral and LGBT advocates were up in arms over the story.

Then came news over the weekend that the entire event was completely made up by the radio show hosts.

“It was brought to K-98.3 management’s attention that all the details of the story were completely fabricated independently by Steve and Leeana.

This was done without the knowledge of K-98.3 management or ownership.

The story, presented as a real event, was, in fact, fictitious.

An internal investigation was quickly launched which has resulted in the immediate suspension of Steve Harper and Leeana Karlson from the K-98.3 Morning Show.”